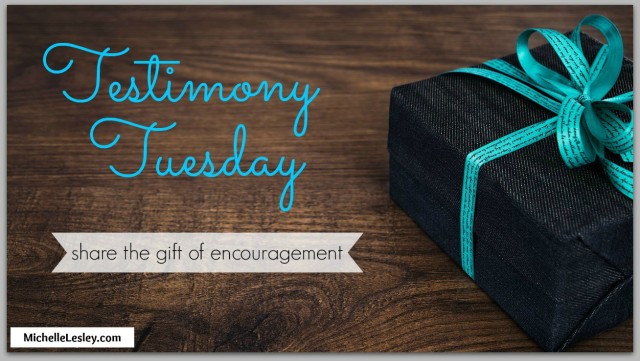 I was saved at an early age and always had a heart for the things of God, reading His Word, memorizing it, and prayer. As an adult I was very active in my Baptist church, in children’s ministry or leading Bible studies for women, which I realize now were not actually Bible studies, but rather studying a book about someone’s interpretation of Scripture. I was very intrigued by Henry Blackaby’s book Experiencing God, and began to wonder how I might recognize God at work in my own life, how I might hear his voice. I read books on prayer and fasting by Bill Bright, learning of the “coming revival”.

It wasn’t until I began to read God Chasers by Tommy Tenney, though, that I thought perhaps I was missing something, since I had never felt the “manifest” presence of God. A friend loaned me Surprised by the Power of the Holy Spirit by Jack Deere, A Final Quest by Rick Joyner, and I was off into the world of the NAR (The New Apostolic Reformation), inhaling every book I could on intercessory prayer, especially enjoying Prayer Shield, written by C. Peter Wagner himself, the father of the NAR. I read about past revivals, about The Toronto Blessing. I had no understanding of the history or doctrines behind the movement, but was drawn in by the incredible experiences with God those in the movement seemed to have. Prophetic words, words of knowledge, Holy Spirit manifestations – they all seemed so much more exciting than what I had experienced in my Christian life. Much to my shame, I even went to see Todd Bentley when he was in town. I became convinced revival was on its way.

I thought perhaps I was missing something..

I was especially fascinated by listening prayer. Although I continued to read my Bible and memorize scripture, my focus became my time of contemplative prayer, listening to what I felt God was saying to me personally. This quote from my prayer journal shows the idol that listening prayer had become in my life. “I could die for you right now God, die for more of you.”

I began to assist a Baptist deliverance minister in town as well, in what was called “discernment,” listening to what God told me about the spirits that were impacting a person. I would also listen for a personal prophetic word for each person in ministry.

As my family was now in a Pentecostal church, it was very accepted to be hearing from God personally; I was just “prophetic”. Although I had previously written devotionals for the Proverbs 31 Homemaker, I now felt called to begin typing up my prayer journal notes into devotionals, much in the style of Sarah Young, who wrote her devotionals because she wanted more of God than the Bible. I had 400 in all, hoping to get them published and support different missions organizations.

The Pentecostal church we were attending became progressively more NAR, even having a church plant patterned after Bethel. It wasn’t uncommon to have a pastor from Bethel speak at our church’s conferences. I had never agreed with the doctrine that it was God’s will to heal everyone, which Bethel emphasized, but I had no idea that they actually were preaching a false gospel.

I had no idea they were preaching a false gospel.

Last fall I happened upon a YouTube video on Bethel’s theology by Mike Winger, which God used to begin to remove the scales of deception from my eyes. However, it was reading Angels of Light; False Prophets and Deceiving Spirits at Work Today in the Church & World by Eddie Hyatt, specifically his chapter on contemplative prayer, which made me realize I had been wading in dangerous waters. As I watched the Strange Fire Conference on the internet, I was terribly convicted by the true Holy Spirit. This propelled me into an incredibly intense, painful season of soul-searching – questioning what I believed against biblical doctrine – and a time of repentance. As I listened to YouTube videos of Doreen Virtue and Melissa Dougherty, two wonderful women God has brought out of the New Age, I realized that my “Listening Prayer” had more in common with hearing from Spirit Guides, that my getting “prophetic words” for people had more in common with cold readings, than with either prayer or the gifts of the Holy Spirit.

I was convicted by the true Holy Spirit…

Psalm 116 has become very precious to me, especially verse 6: “The Lord protects the unwary; when I was brought low, he saved me.” Although it truly sickens me that I could have been so deceived, I am very aware of how God’s hand was protecting me and my whole family through the whole process, and know that God is able to use my experience to bring about good.

Classes on listening prayer are becoming rampant in the church today, even in mainstream churches. The following is taken from a non-charismatic church offering such a class. “Learning to hear God’s voice and learning to use the gift of prophecy will be taught in alignment with biblical principles…” “loving and safe community to learn how to hear God’s voice for oneself and for others….designed to provide opportunities to encounter Father God, Jesus and Holy Spirit through a variety of worship experiences and listening exercises.”

If you are practicing listening prayer, or contemplative prayer, I beg you to look into its history, and examine scripture – see that Christ never told us to pray in such a way, either by example or as a teaching. You may think that you are practicing listening prayer, but still holding God’s Word as His revelation to you higher. From experience, I believe it is impossible to practice listening prayer and not have it erode your view of the sufficiency of Scripture as well as erode and distort your view of Jesus, God the Father, and the Holy Spirit. In the past I believed that what I was hearing from God was completely in line with Scripture. However, not only was it incredibly narcissistic, it began to reflect more and more the NAR teaching I was receiving.

In my spiritual journey, I believed that I was experiencing “revival” when I became involved in contemplative prayer, and extra biblical practices. But in God’s word, biblical revival was accompanied by a renewed love for God through the Scripture. I can honestly say that coming out of the NAR, with all of its deception, as painful as it has been, has brought with it true revival. I have never had such a profound sense of being “saved”, along with a growing hunger for Scripture and true knowledge of God. I realize that I was in NAR lite for several years, even in my Baptist church.

I have never had such a profound sense of being “saved”…

If you diligently seek scripture, you will not lose anything that is true; you will only lose the false. Please, don’t allow fear or pride to keep you from researching thoroughly. I only wish there had been someone to warn me earlier. Although in many NAR books you will be warned away from biblical discernment by being taught that thinking critically is a “critical spirit” or that if you compare a teaching to Scripture you are “religious or have a religious spirit” please follow scripture.

“Dear friends, do not believe every spirit, but test the spirits to see whether they are from God, because many false prophets have gone out into the world.” 1 John 4:1

You may also have been warned away from “heresy hunters”. As you do research, you may find some websites that go overboard, but there are also many wonderful discernment ministries. A few recommendations: Justin Peter’s Clouds Without Water Seminar, (YouTube version) John MacArthur’s Strange Fire Conference, and book by the same name, Todd Friel’s Drunk in the Spirit DVD, Costi Hinn’s book Defining Deception, and the movies: American Gospel: Christ Alone and American Gospel: Christ Crucified. For teaching on contemplative prayer, check out Another Jesus Calling. For a great website on a biblical response to the modern prophets and apostles movement see Holly Pivec’s website, Spirit of Error.

Just a gentle word of caution. Do balance your research with time spent in God’s Word. It is easy to become almost obsessive in your quest for truth, in wanting to root out any lies of deception you believe, to be hyper-sensitive about being deceived again. Coming out of deception is a very painful experience. Have patience for yourself, and grace. God is a tremendous rescuer and he will lead you to freedom in His truth, as laid out in Scripture, as you seek Him.

Ladies, God is still at work in the hearts and lives of His people, including yours! Would you like to share a testimony of how God saved you, how He has blessed you, convicted you, taught you something from His Word, brought you out from under false doctrine, placed you in a good church or done something otherwise awesome in your life? Private/direct message me on social media, e-mail me (MichelleLesley1@yahoo.com), or comment below. Your testimony can be as brief as a few sentences or as long as 1500 words. Let’s encourage one another with God’s work in our lives!

Today on the blog: Have you ever wished your church would grow? Maybe your pastor talks about church growth from time to time? What should a church do if it wants to grow? (Link in bio)
Every Wednesday, I post a new lesson in our current Bible study on the blog, and a link to that lesson on social media. I also post the suggested memory verse meme for that lesson on social media, like the one you see above. The memory verse is chosen to reflect a specific point from the lesson. So, if you see the memory verse meme and you have a question about that verse, click the link for my blog in my bio and find the lesson mentioned in the memory verse meme, and you will probably find the answer to your question. :0)
Today on the blog: Lesson 4 of Judges.