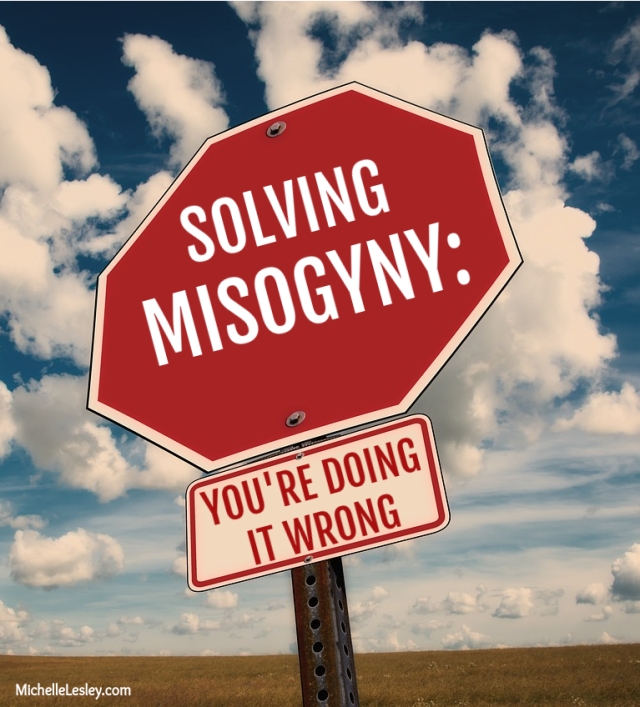 …then Satan is the god of the anti-Romans 8:28. He wants to twist anything and everything that’s the least little bit good into harm, especially for those who are called according to God’s purpose.

Several very good things have come out of the #MeToo and #ChurchToo movements. Many victims who previously kept silent out of fear and shame have found the courage to tell their stories and begin healing. We’ve had the opportunity to offer them comfort and encouragement through the gospel. Churches have become more aware of how widespread the problem of abuse is and have begun to respond accordingly. In several cases, abusers have been exposed and brought to justice.

Unfortunately, Satan has also used this movement to harm people. False accusations have been made against innocent individuals. Sweeping accusations have been made against Christian men in general. And now, perhaps worst of all, there are rumblings afoot to right the wrongs of real, and imagined, misogyny by “empowering” Christian women and giving us greater, often unbiblical, positions of church and denominational leadership, either as reparations for past mistreatment of women or prophylaxis against future mistreatment of women, or both. (Pastor Tom Buck wrote an excellent article on this yesterday, which I urge you to read for more details {and bookmark for subsequent installments, which I’m sure will be equally stellar}.)

Don’t fall for it, ladies. This is Eden all over again.

God’s restrictions about the tree of the knowledge of good and evil were minimal: don’t eat from it. Eve was free to sit in its shade, admire its beauty, fertilize it, plant flowers around it, pretty much anything, except eat from it. And that one restriction is what Satan used to tempt her to sin.

For women, God’s restrictions on church leadership are also minimal: don’t instruct men in the Scriptures and don’t exercise authority over men. That’s literally all there is to it. There are scrillions of ways women can serve the Body of Christ without getting anywhere near that fence. But these two small restrictions are what Satan is using to tempt us to sin. And, unfortunately, this time, instead of approaching Eve in the form of a serpent, he’s approaching Christian women in the form of the sinful or misinformed words and ideas of pastors and Christian leaders. “Did God really say you can’t have that particular position of leadership?”

But there’s another issue at play here that needs some airing out.

Power. Leadership. These are the ideals that are being touted as the way to lift women up. Is that what Jesus taught? Is that the example He set? No. Jesus taught and exemplified humility, lowliness, and servanthood:

But they kept silent, for on the way they had argued with one another about who was the greatest. And he sat down and called the twelve. And he said to them, “If anyone would be first, he must be last of all and servant of all.”
Mark 9:34-35

But Jesus called them to him and said, “You know that the rulers of the Gentiles lord it over them, and their great ones exercise authority over them. It shall not be so among you. But whoever would be great among you must be your servant, and whoever would be first among you must be your slave, even as the Son of Man came not to be served but to serve, and to give his life as a ransom for many.”
Matthew 20:25-28

When he had washed their feet and put on his outer garments and resumed his place, he said to them, “Do you understand what I have done to you? You call me Teacher and Lord, and you are right, for so I am. If I then, your Lord and Teacher, have washed your feet, you also ought to wash one another’s feet. For I have given you an example, that you also should do just as I have done to you.
John 13:12-15

God doesn’t think the way we think. We think that the only way someone can be valued and heard is if she has power and prestige in the eyes of her fellow humans. That’s where this “empower women and give them positions of leadership” idea is coming from. It is a worldly way of thinking.

God’s way of thinking about this is that we are already intrinsically valuable in His eyes because we are made in His image. Being valued by God is so infinitely more significant than being valued by other humans, that how we look to others shouldn’t even register on our radar. Letting go of what other people think of us frees us up to live in the holy gratitude to God that says, “It is my joy to serve You because I love You. I will live like Jesus no matter what I have to give up, no matter how much I suffer, no matter how humbling it is. You are worthy of my self-abasement.”

He must increase, but I must decrease.
John 3:30

I would rather be a doorkeeper in the house of my God than dwell in the tents of wickedness.
Psalm 84:10b

In God’s economy, the way to greatness is to be a slave. The way to fame is anonymity. The way to exaltation is humility. Why are Christian women being encouraged to stand up and demand the seat at the head of the table instead of being encouraged to give up their seats for others, serve those at the table, even clean up after the meal? What do these Christian leaders want for women – that they find favor with man or that they find favor with God? Orchestrating outward appearances, such as giving women positions of unbiblical leadership, is merely attempting to fix the very real problem of women being sinned against by putting another coat of whitewash on the outside of a tomb that’s full of dead men’s bones. You don’t fix one sin by creating another. You clean out the tomb.

In any instance in which women are being sinned against by men, the answer is not to “elevate” women to improper places of leadership. The answer is to exercise biblical church discipline against the men and disciple both the men and the women to humbly serve Christ and the church in accordance with God’s Word. Broken, sinful men do not need to hear what broken, sinful women think about how women should be treated. They both need to hear what the holy, almighty God who created men and women has to say about how women should be treated. And the way God has structured leadership in the church, the responsibility of teaching what God’s Word says about this or any other issue falls primarily to the pastor.

That’s especially of note in this particular situation. Why would these Christian leaders further burden women they consider mistreated with any part of the responsibility of fixing their mistreatment? Why aren’t they instead urging pastors to step up to the plate and properly train the men of their churches to regard and treat women in a godly way?

This whole idea of solving the problem of alleged misogyny in the church with an “I am woman, hear me roar” groundswell is backwards, wrong, and – ironically – man-centered. And encouraging women who have already been victimized to act in ungodly ways is just victimizing them all over again, this time, spiritually. As the Body of Christ, we must be Christ-centered. God has given us all of the necessary instructions for handling problems in the church and between Believers in His Word. We need only to follow them. And Him. Let’s do this right, church.