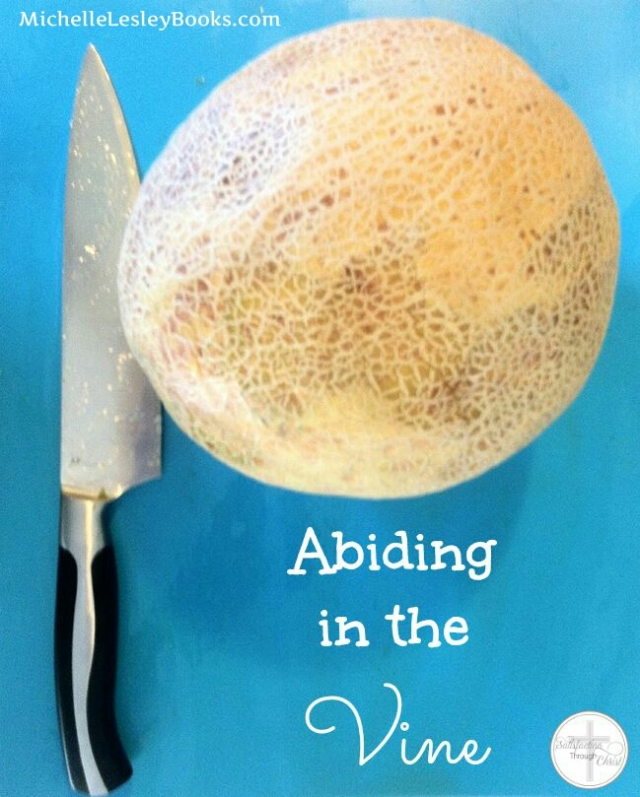 Ah, the good old summertime! Which, sadly, is rapidly drawing to a close. Summertime brings with it a lot of simple pleasures- a more relaxed schedule, vacations, family reunions, pool parties, and barbecues. But one of the simplest pleasures my husband and I enjoy during the summer is stopping at produce stands to stock up on locally grown fruits and veggies.

In our area, farmers often just fill up the beds of their pick up trucks with watermelons, okra, tomatoes, peaches, or whatever they grow, park on the side of a well-traveled road and sell their wares. As small business owners ourselves, my husband and I like to support other small business owners, plus there’s just something about eating produce that was freshly picked down the road this morning rather than shipped in from across the country a week ago.

Recently, my husband was on his way home from work and ran across a farmer selling cantaloupes. The farmer made him a good deal, so he brought home three of them. Now, my husband loves cantaloupe, but, unfortunately, he forgot that he’s the only one in the family who does. And these were big cantaloupes.

I cut up the first one for him and he finished it in a few days. By the next week he had finished the second one. But by the time I went to cut up the third one for him, there was a soft, mushy spot about the size of a dollar bill along one side.

Nothing untoward had happened to this cantaloupe. It hadn’t been dropped, knocked around, or exposed to extremes of temperature or moisture. The only thing wrong with this cantaloupe was that it had been cut from the vine it was growing on quite some time ago. And the moment it was severed, it started dying.

As I carefully cut away the spoiled area to salvage the rest of the fruit, I was reminded of what Jesus said in John 15:4-6: 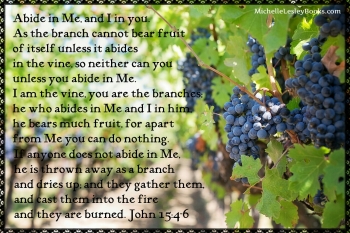 In the first half of John 15, Jesus talks a lot about vines and branches and fruit. The main application of this passage is that Jesus is the vine and we are the branches. The living, fruit-bearing branches are those who have truly been born again. The dried up branches who don’t bear fruit are people who appear to be or claim to be Christians, but aren’t actually saved. But there’s a second layer to this story for those who are genuinely regenerate Christians: obedience. Walking with the Lord day by day and producing healthy fruit.

I looked over at the little stump of cantaloupe branch I had cut off and thrown away. Because it hadn’t been abiding in the main vine, it had dried up. It was no longer bearing new fruit nor was it carrying nutrients from the vine to its already existing fruit, namely, the cantaloupe sitting on my counter, turning to mush.

The same thing happens to Christians when we disobey God by neglecting our relationship with Him. When we go days without picking up our Bibles or praying or gathering for worship with other Believers, we begin to dry out and shrivel up, spiritually. There’s no biblical nutrition flowing from Christ through us, so we’re not bearing any new fruit, and any already existing fruit we’ve produced starts showing signs of rot. 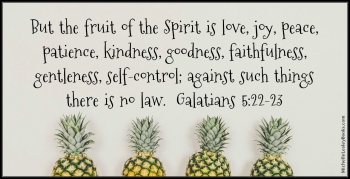 I don’t know about you, but when I’ve skipped my Bible study and prayer time for even a few days, I can tell that I’m not bearing any new spiritual fruit and that I’m less patient, less loving, less self-controlled- more rotten in all of these areas than I normally am. I can tell if my husband is neglecting his time with the Lord, and when my children aren’t having their daily quiet times. I’m surrounded by slowly rotting fruit.

As daughters of Christ, it is imperative that we receive the nourishment He has provided for us in His word, in prayer, through the church, and through obedience to Him so that we can bear good, strong, growing fruit. Because the longer we walk through life at a distance from Christ, the rottener we’ll become. Just ask a cantaloupe.

THIS ARTICLE WAS ORIGINALLY PUBLISHED AT SATISFACTION THROUGH CHRIST.

It’s a joy to be speaking at OHCW again this year! Follow @openheartsinaclosedworld for all the info!
Using music from heretical sources is not only unbiblical, it puts unnecessary stumbling blocks in the way of fellow Believers.