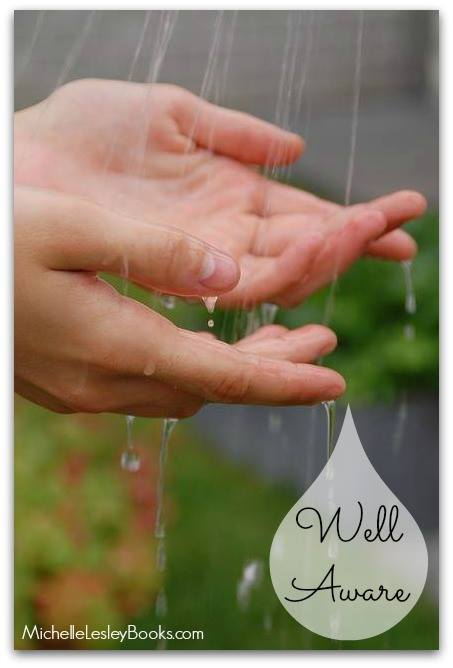 This week, we looked at the beginning of Jesus’ ministry. First, with Jesus’ baptism and temptation in the wilderness, we saw God prepare Jesus for ministry. Next, we saw Jesus call his disciples -all good Jewish boys- and train them for ministry. And, finally, we saw the disciples assisting Jesus as He minstered to both Jews and gentiles. This pattern:

was a great picture of where we’ve been (the Old Testament) and where we’re going (the church era).

Where We’ve Been– In the same way Jesus’ ministry started with Jesus himself, the Old Testament starts with, “In the beginning, God…” (Genesis 1:1) Next, God makes Himself known to His chosen people (Israel), and trains them in His ways. In the New Testament, He uses His chosen people to minister the gospel to the gentiles.

Where We’re Going– As we get further into the New Testament, we’ll see that the way God deals with us is mirrored in the structure of the passages we read this week about Jesus’ early ministry. It all starts with God, who calls each of us out, saves us and prepares us for ministry. We then minister to both God’s people -through our service in the church- and to those who are outside of God’s family -through evangelism.

All of which brings us to where we are, a story that follows this same pattern. We are all on one side of today’s story or another: the people of God, or the people God is calling out to. The woman at the well, or the well woman. And, of course, everything starts with Jesus.

It All Starts with Jesus
1-3 (John 3:30)- Although John had just said, “He [Jesus] must increase, but I must decrease,” John’s ministry was still going pretty strong at this point, and Jesus’ brand new ministry was exploding. Two large and growing groups with unconventional ideas did not escape the notice of both the Jewish and the Roman officials, who would have been all too familiar with the Maccabean Revolt (as well as lesser uprisings). In order to ward off any official attempt to clamp down on either John’s or Jesus’ ministries to preclude a perceived impending revolution, Jesus took some of the heat off by traveling north to Galilee.

4-5 (2 Kings 17)– This is where knowing your Old Testament comes in handy. Do you remember anything about Samaria from the Old Testament?

When the nation of Israel split into the northern kingdom (Israel) and the southern kingdom (Judah), Samaria became the capital of the northern kingdom. Second Kings 17 describes how, due to Israel’s idolatry, God allowed the northern kingdom to be overthrown by Assyria, and most of Israel to be taken into captivity. Afterwards, “the king of Assyria brought people from Babylon, Cuthah, Avva, Hamath, and Sepharvaim, and placed them in the cities of Samaria instead of the people of Israel.” (2 Kings 17:24) Eventually, some of the exiled Jews (as well as some Jews who had been left behind in northern Samaria at the time of the exile) returned and intermarried with these gentiles. The “pure” Jews of the southern kingdom (Judah/Judea) considered the Samaritans unclean half-breeds. Judeans hated Samaritans, wouldn’t have anything to do with them, and even went out of their way, when traveling north, to go around Samaria instead of through it, even though that was a much longer route.

So, Jesus’ simple act of passing through Samaria on His way north was actually a fairly weighty statement that would have raised some eyebrows even among His disciples. He didn’t hate the Samaritans and didn’t consider Himself unclean for passing through their area.

6-7– “The sixth hour” was noon. Jesus and the disciples had likely been traveling -on foot, of course- since early morning when it was cooler, and stopped during the heat of the day to rest and eat. John indicates Jesus’ humanity here by telling us that He was physically tired.

7– Drawing water was woman’s work, but noon was an unusual time to draw. All of the women usually came out around the same time in the morning and/or early evening (when it was cooler), so it was a time to socialize as well as get a chore done. Maybe this woman was so ashamed of her lifestyle that she wanted to avoid the other women, or maybe she just needed some extra water that day. Whatever the reason, it was God’s perfect timing.

The Woman at the Well
7-27– This was a woman who knew which rung she occupied on the social ladder, and it wasn’t anywhere near the top. Not only did the Jews hate the Samaritans, and would sooner have died of thirst than drink water their dirty hands had handled, but Jewish men did not speak to women of any sort in public. Furthermore, a rabbi (or teacher of Scripture, which Jesus was considered to be) would never have defiled himself by conversing with an adulterous woman (which Jesus already knew her to be). So this woman probably jumped out of her skin when Jesus asked her for a drink. He didn’t hate her. He didn’t look down on her. He didn’t think she was untouchable. How many people in this woman’s life do you think treated her that way? Do we treat people the way Jesus treated her?

Never one to waste time on chit chat, Jesus immediately transitions (10) from His temporal, physical need, to her spiritual need. He might be thirsty, but she needs a Savior, and that’s more important to Him. Can we say the same as we interact with lost people from day to day?

Jesus begins to talk about spiritual things, but she’s still focused on the physical. “How can I get this magic water so I won’t be physically thirsty or have to come haul water anymore?” (15) She doesn’t get it. All she wants is for Jesus to make her earthly life better. She wants her physical needs taken care of and she doesn’t want to have to work. And that’s all many people today want, too, and what they’re promised by hucksters masquerading as Christian pastors and teachers. “Come to Jesus and you’ll be wealthy and everything will go your way,” they promise.

But that’s too small for Jesus. Does He provide for our needs? Yes. But, all too often, that’s where our desire stops. He wants infinitely more for us, just like He wanted for this woman.

There was one thing standing in the way of that, though. Her sin. Since she wasn’t grasping the water metaphor, Jesus goes for the direct approach and calls her on the carpet. She’s had five husbands, and it’s not because she’s been widowed five times. Now, she’s cohabiting with someone. Jesus just lays it out there and lets it hang in the air. Her secret from this stranger is out in the open. She’s convicted. She doesn’t know what to say. Why not change the subject to a religious debate? That doesn’t hit quite so close to home. But Jesus puts her questions in perspective and brings her back around to the real question at hand. Forget all these unimportant questions about which mountain is the right one to worship on. God wants true worshipers, and if you want to be one of them, you have to worship Him in your spirit -not just with outward actions- and in truth -in agreement with Scripture. (24) And what was the truth? She needed forgiveness and only He could offer it. She was a sinner, and He was the Savior. She got it.

The Well Woman
28-42– The woman at the well had been transformed. No longer sin sick, she was now a well woman. One of God’s chosen people. And what do God’s people do when Jesus makes them well? They go out and tell others so those people can be made well too. And that’s exactly what this woman did. She told them about Jesus.

And what did she tell them? Jesus made all my dreams come true? Everything in my life is going to be great now? No, she said, “Come, see a man who told me all that I ever did.” (29) What had He told her? He had told her about her sin, and here she was, boldly and shamelessly telling others about it. There’s only one way that sin has no more power to shame us, and that’s when Jesus sets us free from it. When we turn from our sin and trust that the death, burial and resurrection of Christ paid the penalty for our sin, we are clean before God, and there is no more reason to be ashamed. She had been set free, and she wanted others to be set free, too.

And this is exactly what Jesus was trying to tell the disciples. (31-38) Quit worring so much about food and other temporal things, guys! Open your eyes! Don’t you see that there’s a field full of souls out there -just like this woman- ready to receive the gospel and be harvested into the Kingdom? Let’s get to work!

So they did. The woman told the people about Jesus and brought them to him. For two days, He taught the people, assisted by the disciples. Many of them believed and were saved. And now we’ve come full circle, because, for these people, too, it all started with Jesus.

Well, Women?
This week we’ve seen Jesus minister to a number of people who were outcasts: a leper, the man with the withered hand, the paralytic, the demoniac, and the prostitute would all have been considered unclean people to avoid in Jewish society. The centurion was a hated Roman, a gentile. And here is an adulterous Samaritan woman. What is Scripture telling us as Jesus ministers to these people? Jesus loves the unloveable. He will touch the defiled, the untouchable. We don’t have to be clean before we come to Jesus. He cleanses us. We don’t have to be good before we come to Jesus. He gives us His righteousness if we repent and trust in Him. This is Scripture’s message to all the women at the well.

To the well women, the disciples, those who have trusted Christ and been forgiven, the message is GO. Boldly, unashamedly, tell everyone of the Savior who has the power to set them free from the shame of sin. Look around, the fields are white unto harvest. Go out and bring them in, that they, too, might be set free. GO.