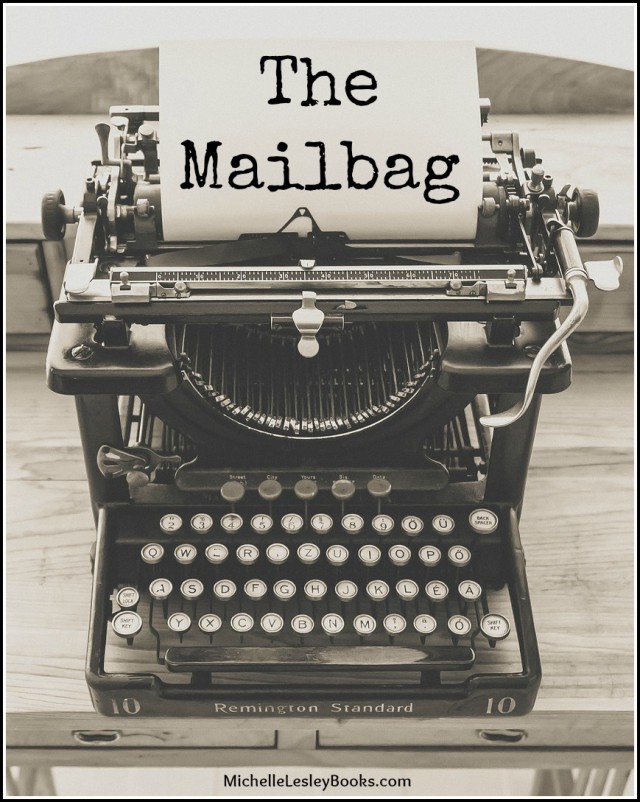 I love to read Christian fiction but find that it can be a bit of a minefield. It can get off course theologically and may reflect the world more than biblical Christianity. Have you ever given recommendations on Christian fiction writers?

Great question! We all need a little mind candy now and then, but we don’t want it to be a vehicle for delivering bad theology to our brains.

Next, I know the bulk of Christian fiction marketed to women is romance and Amish romance. And, in keeping with the “stick out like a sore thumb” weirdness that is Michelle Lesley, it’s not a genre (Christian or secular) I personally enjoy. There’s nothing wrong with it if you can find a good one and you like romances, but the books below aren’t romances simply because that’s not what I read. I tend toward biblical history novels and – I don’t know if there’s a particular name for this type – “real life scenario” contemporary Christian lit.

•I don’t hold Christian fiction to quite as high a theological standard as I do Christian non-fiction (theology, Bible studies, “Christian living” books, etc.). Some of the books below may have a few theological “cow pies” you’ll have to step around and ignore, but, for the most part they’re in line with biblical theology.

•My personal standard for recommending a biblical historical fiction book (a fictionalized account of a true Bible story, such as Lynn Austin’s and Chris Skates’ books below) is that the book has to stay true to what the Bible actually says took place including the dialogue, details, and chronology, and any of the fictionalized parts have to comply with biblical principles, theme, history, and culture of the time period.

•I haven’t checked any of these authors (as I would non-fiction Christian authors) to see where they stand on the role of women in the church, and I haven’t researched any of them to discover whether they associate with false teachers.

That said, here are a few recommendations:

Karen Kingsbury– Although her older works of fiction may not be too problematic, she is not someone I’d encourage you to read because of her recent theological trajectory.

Lynn Austin– Here’s a “book report” I wrote on Lynn Austin’s Chronicles of the Kings series. I read that entire series and loved it. It was VERY good and theologically strong.

Chris Skates– Chris’ biblical historical fiction rendition of the story of Noah and his family in The Rain was a fun read.

Those are the only ones I’ve actually written about. Here are some others I’ve read and enjoyed over the years. (Quoted excerpts courtesy of Amazon.com)

The Last Disciple– “As the early church begins to experience the turbulence Christ prophesied as the beginning of the last days, an enemy seeks to find John’s letter, Revelation, and destroy it. Meanwhile the early Christians must decipher it and cling to the hope it provides as they face the greatest of all persecutions.”

(Update: A few months after the original publication of this article, Hank Hannegraaff decided to join the Greek Orthodox church. Though I read and enjoyed this fictional book of his, I would no longer recommend his non-fiction work or ministry as biblically trustworthy.)

A Skeleton in God’s Closet– “Dr. Jonathan Weber, Harvard professor and biblical scholar, is looking forward to his sabbatical year on an archaeological dig in Israel. But a spectacular find that seems to be an archaeologist’s dream-come-true becomes a nightmare that many fear will be the death rattle of Christianity.”

The Constantine Codex– “While touring monasteries in Greece, Jon and his wife Shannon—a seasoned archaeologist—uncover an ancient biblical manuscript containing the lost ending of Mark and an additional book of the Bible. If proven authentic, the codex could forever change the way the world views the holy Word of God.”

People of the Book– “Farah lives in Riyadh, Saudi Arabia, with her family, and wants nothing more than to develop a deeper devotion to her Muslim faith. She sees the month of Ramadan as her chance to draw nearer to Allah, and pursues that goal. All goes well until the prophet Isa—Jesus—appears to her in a dream and calls her to Himself.”

Rain Dance– “What happens when a Christian woman facing a childless future and a woman seeking an abortion are waiting to see the same doctor? What if after that “chance” encounter they are unable to forget each other?”

Randy Alcorn: I’ve read and enjoyed most of Randy’s fiction books. Off the top of my head, I don’t recall any I wouldn’t recommend. Two of my favorites were:

Safely Home– “Is this the day I die? Li Quan asks himself this question daily, knowing that he might be killed for practicing his faith. American businessman Ben Fielding has no idea what his brilliant former college roommate is facing…But when they are reunited in China after twenty years, both men are shocked at what they discover about each other.”

Edge of Eternity– I would call this book a modern day Pilgrim’s Progress. “Imagine Being Pulled Into the Hereafter. While You’re Still Alive. A disillusioned business executive whose life has hit a dead-end, Nick Seagrave has lost loved ones to tragedy and his family to neglect. Now, at a point of great crisis, he unbelievably and inexplicably finds himself transported to what appears to be another world.”

Frank Peretti: Years ago, I was a big Frank Peretti fan and read most of his novels. I don’t remember any overt heresy in his work, but it’s been well over a decade since I’ve read anything by him, so that could just be my faulty memory. Most of his novels deal with spiritual warfare, so there’s the potential for some errant theology there. Read discerningly. Two of my Peretti favorites are:

This Present Darkness and Piercing the Darkness (a two book series)- “The small town of Ashton is the unexpected setting for an epic clash between good and evil as a Christian preacher and a news reporter unearth a plot to take over their small community, and eventually the world.”

There are also some books that would fall under the category of Christian fiction which I would strongly recommend against:

The Shack (or any other book) by William Paul Young: While I mentioned that I don’t hold Christian fiction to as high a theological standard as Christian non-fiction, I definitely don’t recommend any Christian fiction fraught with blatant heresy or whose main goal is to teach heresy, and that’s what Young himself has stated is one of the objectives of this book (although he doesn’t consider his views heresy). The movie based on this book releases next month (March 2017). Here are some resources that will explain the theological problems in The Shack in more detail.

Inappropriate/Unbiblical Content: In an effort, I guess, to be cutting edge, cool, or gritty, there are novels marketed under the Christian fiction genre which contain profanity, graphic sex scenes, and glorification of other sinful behavior. I would not recommend those books regardless of the reason these types of things are included in the book.

Girl “Porn”: This is really more about what’s going on in the reader’s heart than the book itself. It’s been said that romance novels can be a form of literary “pornography” for women. I mentioned graphic sex scenes above, but I would also caution women away from non-graphic Christian romances if they cause you to create an idol in your heart of the “ideal” man that no real life man can measure up to. If you’re married, read a lot of romances, and find yourself increasingly dissatisfied (in any way) with your husband because he can’t hold a candle to the leading men in the books you’re reading, you need to put those books down and walk away from them. That’s coveting.

False Teacher Fiction: There are a few false teachers who have branched out into the fiction genre. Beth Moore and Priscilla Shirer have both recently released novels, T.D. Jakes has written some fiction, and I believe there are a few others. Even though these books may be fiction and might not even contain any false doctrine, I could not, in good conscience recommend a fiction book that could serve as a “gateway drug” to their non-fiction books.

Using music from heretical sources is not only unbiblical, it puts unnecessary stumbling blocks in the way of fellow Believers.
See you this weekend, Nebraska!