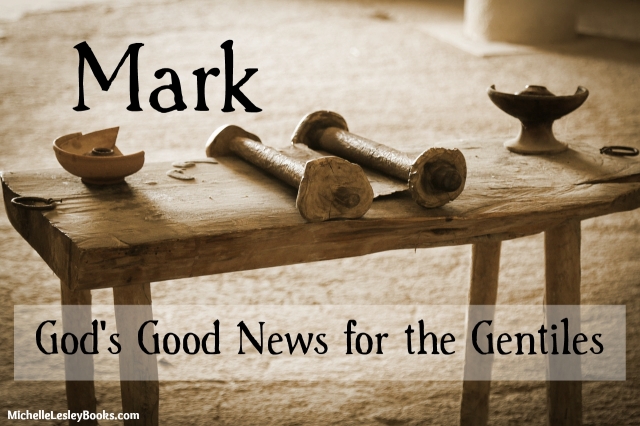 Now when they drew near to Jerusalem, to Bethphage and Bethany, at the Mount of Olives, Jesussent two of his disciples 2 and said to them, “Go into the village in front of you, and immediately as you enter it you will find a colt tied, on which no one has ever sat. Untie it and bring it. 3 If anyone says to you, ‘Why are you doing this?’ say, ‘The Lord has need of it and will send it back here immediately.’”4 And they went away and found a colt tied at a door outside in the street, and they untied it. 5 And some of those standing there said to them, “What are you doing, untying the colt?” 6 And they told them what Jesus had said, and they let them go. 7 And they brought the colt to Jesus and threw their cloaks on it, and he sat on it. 8 And many spread their cloaks on the road, and others spread leafy branches that they had cut from the fields. 9 And those who went before and those who followed were shouting, “Hosanna! Blessed is he who comes in the name of the Lord! 10 Blessed is the coming kingdom of our father David! Hosanna in the highest!”

11 And he entered Jerusalem and went into the temple. And when he had looked around at everything, as it was already late, he went out to Bethany with the twelve.

12 On the following day, when they came from Bethany, he was hungry. 13 And seeing in the distance a fig tree in leaf, he went to see if he could find anything on it. When he came to it, he found nothing but leaves, for it was not the season for figs. 14 And he said to it, “May no one ever eat fruit from you again.”And his disciples heard it.

15 And they came to Jerusalem. And he entered the temple and began to drive out those who sold and those who bought in the temple, and he overturned the tables of the money-changers and the seats of those who sold pigeons. 16 And he would not allow anyone to carry anything through the temple. 17 And he was teaching them and saying to them, “Is it not written, ‘My house shall be called a house of prayer for all the nations’? But you have made it a den of robbers.” 18 And the chief priests and the scribes heard it and were seeking a way to destroy him, for they feared him, because all the crowd was astonished at his teaching. 19 And when evening came they went out of the city.

20 As they passed by in the morning, they saw the fig tree withered away to its roots. 21 And Peter remembered and said to him, “Rabbi, look! The fig tree that you cursed has withered.” 22 And Jesus answered them, “Have faith in God. 23 Truly, I say to you, whoever says to this mountain, ‘Be taken up and thrown into the sea,’ and does not doubt in his heart, but believes that what he says will come to pass, it will be done for him. 24 Therefore I tell you, whatever you ask in prayer, believe that you have received it, and it will be yours. 25 And whenever you stand praying, forgive, if you have anything against anyone, so that your Father also who is in heaven may forgive you your trespasses.”

27 And they came again to Jerusalem. And as he was walking in the temple, the chief priests and the scribes and the elders came to him, 28 and they said to him, “By what authority are you doing these things, or who gave you this authority to do them?” 29 Jesus said to them, “I will ask you one question; answer me, and I will tell you by what authority I do these things. 30 Was the baptism of John from heaven or from man? Answer me.” 31 And they discussed it with one another, saying, “If we say, ‘From heaven,’ he will say, ‘Why then did you not believe him?’ 32 But shall we say, ‘From man’?”—they were afraid of the people, for they all held that John really was a prophet. 33 So they answered Jesus, “We do not know.” And Jesus said to them, “Neither will I tell you by what authority I do these things.”

1. Where had Jesus and His followers been traveling to? (1) Why was He going to Jerusalem?

2. Compare verses 1-10 with 1 Kings 1:32-40. What are the similarities between the two events? What was the significance of Jesus entering Jerusalem (instead of another town), the way Jesus entered Jerusalem, and the people’s response? What did the people mean by, “the coming kingdom of our father David”? If you’re a Jew witnessing Jesus entering Jerusalem knowing your Old Testament history about the Davidic Covenant and how kings of Israel were coronated, what kind of king are you expecting Jesus to be? What are you expecting Him to do?

3. Considering that Mark is the gospel to the Gentiles, why is Mark’s account of the triumphal entry so Jewish-sounding, with allusions to the Davidic Covenant, Jesus riding into Israel’s capital city in the Old Testament tradition, etc.? Why would it have been important for a Gentile Christian of that time, or you as a Gentile Christian today, to understand this Old Testament Jewish history and background regarding Jesus’ kingship?

4. Examine verses 12-14. What is the main reason God created fig trees as evidenced by why Jesus approached the tree? (12-13a) Figs normally grow at the same time as the leaves, so seeing a leafy fig tree (13), was it a reasonable expectation that figs should also have been present even though the tree was in leaf early? Since figs were not present, was the tree fulfilling its purpose (of feeding people) for which God created it? Think about this fruitless tree in light of John 15:1-8. What is God’s purpose for Christians? How is our fruit evidence that we belong to Christ? Is a “fruitless tree” really a Christian? What will ultimately happen to someone who puts on the “leaves” of knowing Christ but does not bear the “fruit” of knowing Christ?

5. Consider verses 15-19 in light of Jesus’ object lesson with the fig tree. Who are the “fruitless trees” in this scenario? We have been learning a lot about Jesus’ authority in this study. What authority (27-28) does Jesus have to “clean house” in the temple? Why did Jesus refuse to answer the Jewish leaders’ questions about His authority? (27-33) As God, did Jesus have to answer to these leaders? Compare the leaders’ reaction to Jesus’ actions (18, 27-33) to the people’s reaction (18).

6. Gentile perspective on 15-19: The events of verses 15-19 took place in the temple’s court of the Gentiles, the only place in the temple where Gentiles who believed in the one true God were allowed to worship. How would the marketplace atmosphere have been a hindrance to their worship? How did Jesus’ actions make it easier for Gentiles to worship? Read Isaiah 56:6-8, from which Jesus quotes in verse 17. How does this passage shed light on one of the reasons for Jesus’ actions in the temple?

7. Jewish perspective on 15-19: Read these verses in light of Jeremiah 7:8-15 from which (11) Jesus quotes in verse 17. Shouldn’t the temple leaders have known better than to allow God’s house to be treated in such a way? Knowing the things God said through Jeremiah and observing Jesus’ actions and words in the temple, what message are the temple leaders and the people receiving from Jesus? Does “Who do You think You are?” (28) seem like a reasonable question for the leaders to ask?

8. Go back to your responses to question 4 and compare the “fruitless Christian” to the fruitful Christian Jesus reassures Peter about in 21-25. What is step one in being a fruitful Christian? (22, Hebrews 11:6) What does this passage say about belief (23), prayer (24), and forgiveness (25) being fruits of a believer?

9. We’ve seen several passages so far in Mark where Jesus uses metaphors and hyperbole. Is verse 23 another example of Jesus using a figure of speech, or does He literally mean that someone can walk up to a mountain, command it to uproot itself and jump into the sea, and that will happen if the person truly believes it will? The Word of Faith (prosperity gospel) heresy teaches that our words create reality – that we can make things so simply by declaring them to be. Why do you suppose none of them has ever proven this to be true by publicly commanding a mountain to cast itself into the sea? Review Lesson 13, question 5 (link above) regarding what it means to pray “in Jesus’ name.” Review Matthew 6:9-10 of the Lord’s Prayer. How do these concepts fit with verses 23-24?

Who is the only Being who has the authority to make the rules for God’s house and how He is to be worshiped (whether in the Old Testament or New)? When you go to worship service, Sunday School, Bible study, or other church activities this week, observe the goings on carefully in light of what Mark 11:15-17 teaches about reverence for God and His house and Jesus’ authority to rule over His house. What do you observe at your church that is in keeping with these teachings? Does anything your church does seem to conflict with these teachings? If someone brings up something unbiblical that’s happening at your church, will the leaders and the people respond more like Jesus (15-17) or more like the chief priests and scribes (18)?

And He was teaching them and saying to them. “Is it not written, ‘My house shall be called a house of prayer for all the nations’? But you have made it a den of robbers. Mark 11:17

It's time for another episode of The Pew on @awordfitlyspoken - the latest scoops in evangelicalism and how to think biblically about them:
IF:Gathering is coming up March 3-4. It's dangerous and deceptive and nothing any doctrinally sound church should be promoting.
In today's edition of The Mailbag: "Christians, the Bible, and Tattoos"