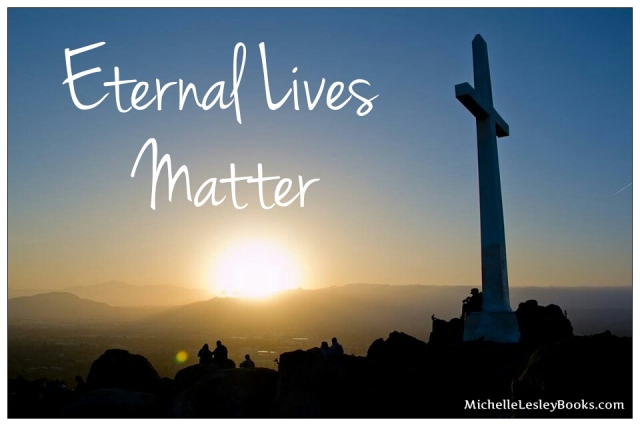 As many of you know, I live in Baton Rouge, Louisiana, where the Alton Sterling shooting took place two weeks ago. Since that time, multiple intense, but peaceful, protests have been conducted.

On the coattails of these events, Sunday morning, as you may have seen on the news, we had an ambush shooting about seven miles from my house in which six law enforcement officers were shot and three were killed. Investigators subsequently discovered that the shooter had traveled to Baton Rouge from out of state with the specific intent of killing police officers.

I haven’t commented on these events until now because I really haven’t known what to say. Like everyone else, I’ve had emotional, gut level reactions to these tragedies, but it’s not always wise, or necessarily godly, to express those raw reactions in a public forum. I couldn’t think of a way to share my thoughts in a way that would build y’all up in Christ, so I just remained silent.

But now, having had a little time to process everything, I wanted to share the following thoughts and observations with you:

• Pour the gospel into your children, grandchildren, children at your church, and any other children in your circle of influence, that they might come to know Christ as Savior at an early age and walk in His ways all the days of their lives.

The same day Alton Sterling was killed, my 20 year old daughter was in a serious car accident. She could have been killed. It struck me later that, in a moment, my child was spared while, in another moment, another mother lost her child that day. If my child had died, I know she would have stepped into eternity with Christ. I don’t know if Alton’s mother had that same comfort.

We can’t guarantee our children’s salvation, but we should do everything we can to raise them in a Christ-centered way. We never know when their last day will be.

• When someone loses a loved one – whether that loved one is sinner or saint, cop or criminal, black or white – it hurts. Deeply. Those of us who belong to Christ must reach out to people who are hurting and minister the love, peace, and comfort of the gospel to them, regardless of their circumstances.

• “Herd mentality,” so to speak, has to stop. We have to stop seeing people – whether we’re talking about “the black community” or “the police” or any other segment of our culture – as groups and start getting to know, love, and share the gospel with people – one on one – as individuals.

One of the things I’ve observed in the past two weeks is intentional, proactive acts of love, kindness, friendship, and neighborliness between individual protesters and police, between individual citizens and police, and between individual black and white citizens. Viewing people as impersonal groups rather than as individuals distances us from them and even allows us to feel superior to them. Christians view people as Christ views people- individually created in the image of God, individually loved and cherished by God, and individual sinners in need of a Savior. We must – individually – invest in the lives of other people, loving them, caring for them, sharing the gospel with them, discipling them.

• The election isn’t going to solve the problems we’re seeing in our communities. Neither are laws. Neither are protests, speeches, community unity events, ecumenical prayer vigils, care packages, celebrity opinions and appearances, community improvement grants, or any of the other usual responses to these kinds of events, even though some of them may be temporarily helpful.

We seem to have the idea that, “If we would just _____, the world would be fixed.” And I’m not so sure that’s the case. As I mentioned in this recent article, the world is the way it is because of sin and the Fall, not because of our failure to “do something”. No matter how busy the church gets, the world is generally going to continue to get worse. Our job as Christians is not to fix the world, it’s to stand firm in Christ wherever He has planted us and to rescue as many people around us as we can with the gospel. Our message to our neighbors is not that we can make the world a better place, but that Christ is our only hope regardless of the state of the world.

In these perilous times, Christians must be completely focused on Christ. Worshiping Him, trusting Him, proclaiming Him, and reaching out to others in His name.

Every Wednesday, I post a new lesson in our current Bible study on the blog, and a link to that lesson on social media. I also post the suggested memory verse meme for that lesson on social media, like the one you see above. The memory verse is chosen to reflect a specific point from the lesson. So, if you see the memory verse meme and you have a question about that verse, click the link for my blog in my bio and find the lesson mentioned in the memory verse meme, and you will probably find the answer to your question. :0)
Today on the blog: Hi ladies! I hope you’re looking forward to our next new Bible study as much as I am. I’m in the middle of my second time through the text we’ll be studying, and I can hardly wait to introduce it to you!
Today on the blog: Want to know what this whole biblical counseling thing is all about? Do you need to find, or want to become a biblical counselor? Here's a great introduction to soul care and biblical counseling, plus upcoming training events. (Link in bio and in my stories)