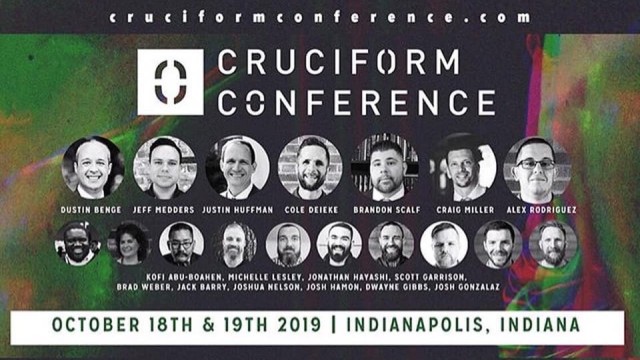 What a joy it was to help kick off the first annual Cruciform Conference last weekend in Indianapolis, Indiana! 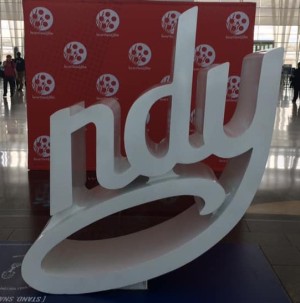 I spI wIth mI lIttle I…
somethIng’s mIssIng from Indy’s welcome to vIsItors!

The theme of Cruciform this year was The Cross Purchased Life. We were treated to wonderful cross-centered preaching from a number of pastors, speakers, and godly men, including a couple of my Twitter friends… 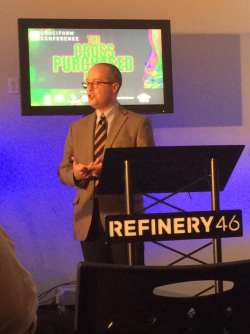 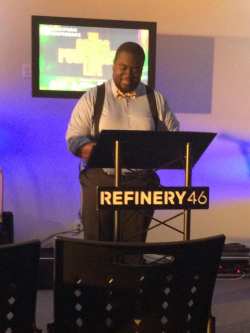 I had the honor of teaching two breakout sessions just for women. 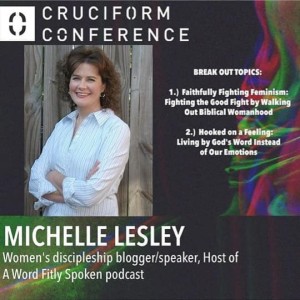 Hooked on a Feeling:
Living by God’s Word Instead of Our Emotions

One of my favorite parts of conferences is meeting social media friends face to face. Bunking with Michael and Erin Coughlin for two days was so much fun. They were so kind and hospitable, and I owe them a million thanks for treating me like a queen. If you’ve been around the blog a while, you may recall that Michael has written several guest posts for me. He also writes for the Things Above Us blog and hosts the Things Above Us Roundtable podcast which Michael interviewed me for during the conference. And Erin does everything else. It was a delight to get to know this sweet sister in Christ! 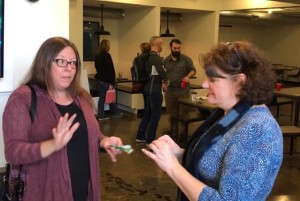 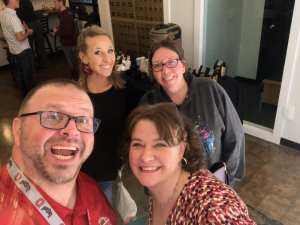 L-R: Michael Coughlin, Amy (whose last name I can’t remember, but who was such a blessing to drive me to the airport!), me, Erin 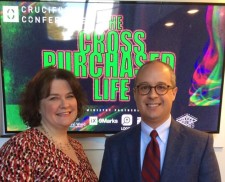 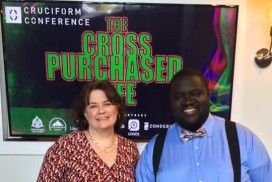 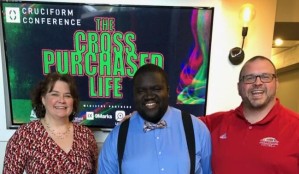 with Kofi and Michael

And, of course, what’s a conference without books? Thanks so much to Cruciform, Michael, and Allen Nelson for these lovely gifts. (You can read a review of Before the Throne here, if you like.) 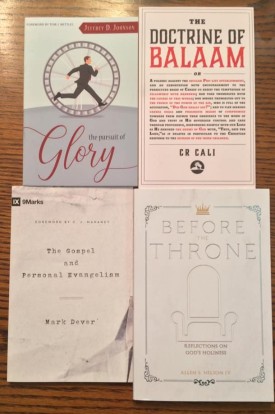 I was in Indianapolis less than 48 hours, and most of that was at the conference, so I didn’t have time to do any touristy stuff. For all you Indy Car fans, here’s a display that was set up in the airport on loan from the Indianapolis Motor Speedway Museum: 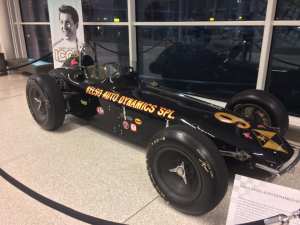 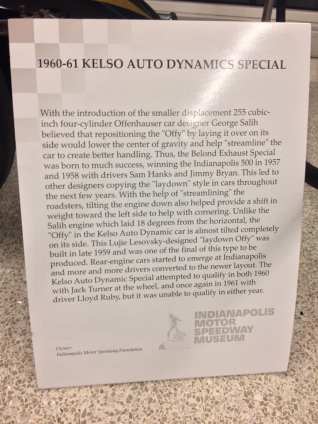 Normally, when I go on a trip, in lieu of buying souvenirs, I try to have a meal of whatever food is iconic to that area (clam chowder in Cape Cod, Chicago deep dish pizza, etc.). I’m clueless as to what sort of cuisine is iconic to Indiana, but we found a phenomenal little local taqueria that you simply must visit if you’re ever in Indianapolis: Paco’s Taqueria. (Like I said, I was in Indy less than 48 hours and we had two meals at Paco’s. It was that good.) Traditional style tacos, quesadillas, and lots of other choices made by folks who know how those dishes are supposed to be cooked. I can highly recommend the shrimp, ground beef, and chicken tacos, but everything looked and smelled wonderful. I am officially obsessed with these tacos. 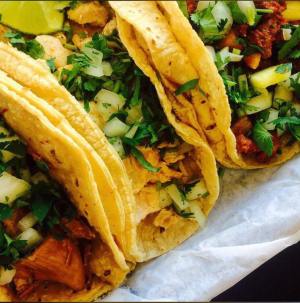 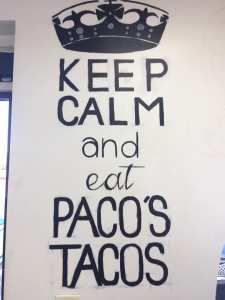 All too soon, the conference was over and it was time to head back home. But I’m so excited to announce that I’ll be speaking at next year’s Cruciform Conference along with Justin Peters, Justin Huffman, and more great men of God (to be announced at a later date) that you won’t want to miss! You’ve got almost a year, so start making plans now to attend October 23-24!

Many thanks to those of you who helped make this trip possible!

If your church or organization is ever in need of a speaker for a women’s event, I’d love to come share with your ladies as well. Click here for more information.

Photos of friends at the conference- Some of these were taken by Michael or Erin Coughlin, but I can’t remember which ones. Probably the good ones.

Photo of tacos- Courtesy of Paco’s Taqueria on Facebook

All other photos by Michelle Lesley

Don’t worry – be happy trusting the Lord! Today we’re talking about biblical and practical ways to stop worrying and start trusting the Lord in @awordfitlyspoken’s latest episode “Do Not Let Your Hearts Be Troubled.“ Link in bio.
🤷🏻‍♀️
Just sitting here...reflecting. :0)
Oh no, the dreaded “S–word “– submission! Check out @awordfitlyspoken’s latest episode, “Why Is Submission So Scary?“.🍏