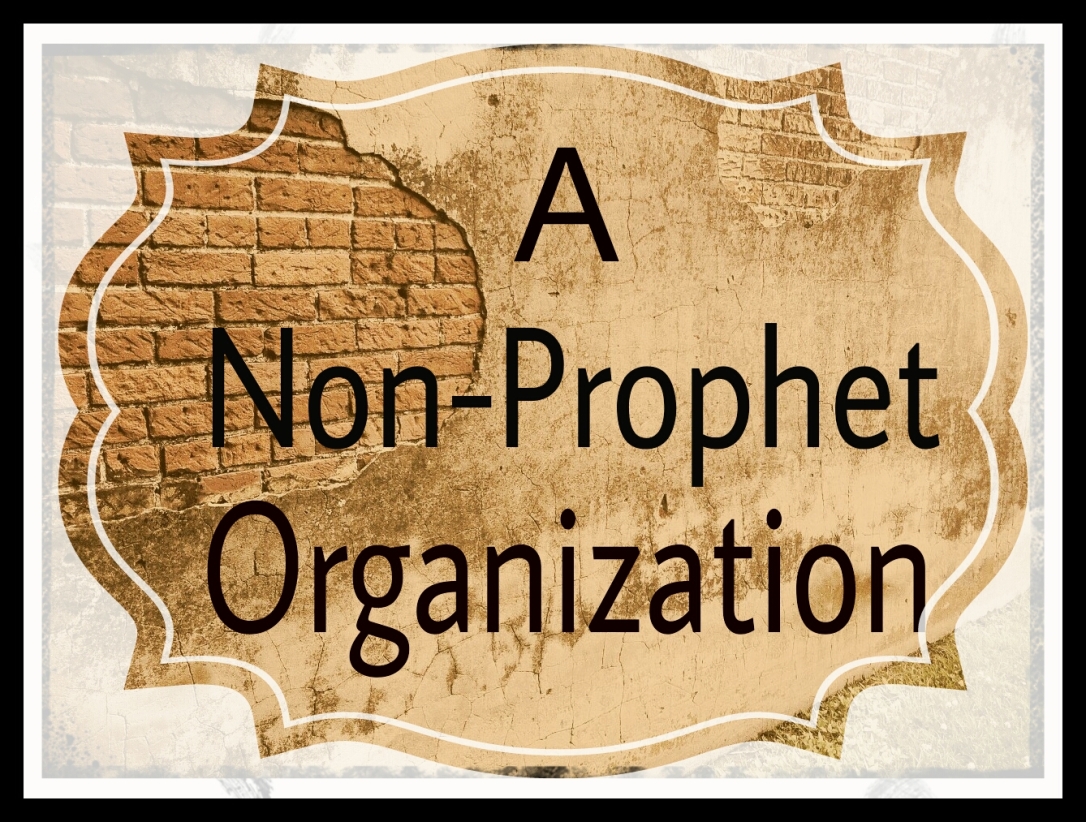 Jerusalem, where the temple is located, is in Judah. Jeroboam (king of Israel) figures that if his people continue traveling to Jerusalem for feasts and sacrifices, they will eventually turn their loyalty back to the the kingly lineage of David (12:26-27) and he’ll lose both his kingdom and his head. So, in order to keep the people inside the borders of Israel and control them, he makes a couple of golden calves (which somebody should have remembered turned out bad the last time that was tried {Exodus 32}) for them to worship at either of two convenient locations, Bethel, in the south, and Dan in the north. Jeroboam, leading the way, had the Israelites simply transfer their feasts and sacrifices that they would have offered to God to these golden calves.

In Flagrante Delicto (1-3)
The Latin phrase, in flagrante delicto, literally means “in blazing offense.” In the American justice system, it means that someone was caught in the act of committing a crime. And, there’s no better way to describe Jeroboam here, standing by the altar, the offensive sacrifice blazing away, when God confronts him about his sin through the prophet.

Normally, when a prophet has a word from the Lord for someone, we see him speaking directly to that person, but here, we actually see Prophet #1 speaking to an altar. Why? Scripture doesn’t say. But, since Jeroboam was standing right there, he got the message.
Prophet #1 prophesied that a new king, Josiah, would come out of David’s line, and slaughter the pagan priests on their own altars. Since Josiah was not to come for about 300 more years, God gave a miraculous sign that He had spoken. The altar was torn down and the ashes “desecrated” (if it’s possible to further desecrate ashes of an idolatrous sacrifice) by pouring them on the ground.

Hypocrisy (4-7)
As soon as Prophet #1 had finished speaking, Jeroboam reached out to kill him, and God protected the prophet by shriveling up Jeroboam’s hand. But, when Jeroboam saw God’s word fulfilled in the altar being torn down and the ashes scattered, he quickly changed his tune. He stopped trying to kill the prophet. And whom did he entreat to heal him? Not the golden calves, but God. Next, he invited the prophet back home for supper and a reward. It sort of looks like he repented. Did he? As we’ll see later in the chapter, he did not.

Jeroboam changed his actions, but so did God. God went from an expression of wrath to an expression of mercy in a heartbeat. When man changes his actions, but not his heart, it’s called hypocrisy. When God changes His actions because of His heart, it’s called grace. Common grace for the sinner, saving grace for the penitent. He did it at the cross, and He does it for each person who will repent and put his faith in Christ.

So, one minute Jeroboam is trying to kill the prophet and the next, he’s being hospitable and wants to reward him. With such a quick turnaround, you have to wonder if he was trying to lure the prophet back home to kill him. We can’t know for sure, but even if God hadn’t forbade him from accepting, it would seem he was wise to decline.

Thanks, but no thanks (8-10)
Contrast the lengths of self denial the prophet went to (“if you give me half your house, I will not…) in order to stay true and obedient to God, and the lengths of disobedience and betrayal of God that Jeroboam went to (12:25ff) to indulge his desire to stay in power. Prophet #1 could have had it made, but his love for the Lord was greater than his love for stuff. It was time to hit the road.

Prophet #2 and his false prophecy (11-19)
We don’t really know anything about Prophet #2 either, except that he lived in Bethel near one of the golden calf altars. We don’t know why he went out so urgently after Prophet #1 or why he wanted Prophet #1 to come back home with him, and we certainly don’t know why he lied to Prophet #1 to get him to disobey the Lord. It’s ok to try to guess what might have motivated Prophet #2, but we have to remember that anything we come up with will be just that, a guess. Where God’s word does not speak definitively, we cannot speak definitively.

The discernment factor (14-19, Numbers 23:19, Proverbs 30:6, 2 Corinthians 11:14-15, Galatians 1:6-9)
Prophet #1 gives us a valuable lesson in the importance of comparing to God’s word everyone and everything that claims to be to speaking for God. Prophet #1 certainly knew that

God does not contradict His word. If we “hear” from the Lord, or someone gives us a “word from the Lord” or says “God says/wants/thinks…,” it must be in line with Scripture, or it is not truly from the Lord. Whenever we hear preachers, teachers, friends, etc., saying things like that, we need to ask ourselves, “Where does God’s word say that (in context)?” If God’s word doesn’t say it, we need to throw it out. We must be careful not to add to God’s word or believe those who do. Another verse in this week’s reading says:

How quickly Prophet #1 turned from obedience (8-9) to disobedience (19). It can be easy to discern between good and evil in a worldly situation (such as the one Prophet #1 faced when dealing with Jeroboam). It’s easy to discern that it’s wrong to do worldly things: get drunk, use a prostitute, steal, etc. It can be much more difficult when we’re in a Christian or church situation (such as the Prophet #1’s situation with Prophet #2). Evil is there, but Paul tells us:

Satan disguises himself as an angel of light. So it is no surprise if his servants, also, disguise themselves as servants of righteousness. 2 Corinthians 11:14b-15a

We can’t take at face value (as Prophet #1 did) that a book or a pastor or a speaker is doctrinally sound just because it bears the label “Christian.” There are servants of Satan inside the church and they look like, and call themselves, “Christians.” We must compare what they say and teach to the word of God and get rid of them if they contradict it. Galatians 1 tells us people who preach a different gospel are “accursed,” damned. We are to rebuke and (if they don’t repent) remove these people from the church and have nothing to do with them. Don’t buy their books, don’t follow them on Facebook or watch them on TV. Have nothing to do with them.

Prophet #2 and his true prophecy (20-25)
Why would God speak through Prophet #2 when he had just blasphemed Him? God also spoke through Balaam’s donkey and through Saul. God chose many vessels to speak for Him, some clean, and some dirty. His way is to get His message across despite the vessel.

Both prophets sinned. But why did God seem more concerned with Prophet #1’s eating and drinking disobedience than with Prophet #2’s lie attributed to God? Why didn’t God also punish Prophet #2? Most likely because the part about not eating/drinking/stopping, and going home a different way (9) was part of his prophecy, a behavioral picture of the way God had rejected Jeroboam. Prophet #1’s prophecy was also very public, and had large scale, national implications. With great power comes great responsibility. Prophet #2’s sin was on a very small, one on one scale, not that that makes it any less a sin. Also, we don’t know that God didn’t punish him at some later, unrecorded time.

This time, Prophet #2 was truly speaking for the Lord, and his prophecy came true. Prophet #1 was attacked by a lion and died without honor, a disgrace.

A change of heart? (26-32)
Did Prophet #2 regret and repent of what he had done when he saw what happened to Prophet #1 and realized God’s word had come true? Had it not been for Prophet #2’s lies, Prophet #1 would have gotten safely home. Prophet #2 certainly seemed sorrowful, mourning Prophet #1’s death and requesting to be buried with him. He also supported and admitted the truth of God’s word that Prophet #1 had spoken to the altar.

Think about Prophet #2’s remorse. Think about the remorse of Jeroboam earlier in the chapter, and consider these two verses. Which one do you think was experiencing “godly grief”? “Worldly grief?” While it certainly seems that Prophet #2 was exhibiting the “godly grief” this verse speaks of, we know from verses 33-34 that Jeroboam exhibited “worldly grief” back in the first part of the chapter with Prophet #1. He momentarily changed his behavior, but his heart did not change. He continued in sin and was ultimately destroyed.