Update #2: Some readers wrote me with some concerns about this article. I have done my best to address those concerns here.

Update: World Vision released this statement today (March 26) reversing its earlier decision. It’s my prayer that this decision is born of genuine repentance (which would truly be cause for rejoicing!) rather than a reaction to negative PR and loss of donors. 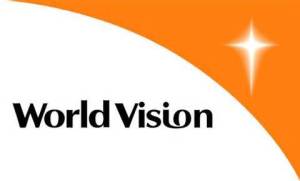 Earlier this week, World Vision’s U.S. President, Richard Stearns, publicly announced that the relief organization would change its employment policy and begin hiring practicing, unrepentant homosexuals who are legally “married.” Understandably, many in the evangelical community (including me) are shocked and saddened that this Christian organization would decide to bow its knee to the world instead of to God’s word.

But all Stearns’ bloviating about “unity,” whether or not World Vision now endorses homosexual “marriage” in the political arena, and uniformity of hiring practices is gnat straining. The camel is in the headline: “gay Christians.” And ever since World Vision opened up its throat wide enough to swallow that dromedary, it’s been gulping down the gnats as a chaser.

There is no such thing as a “gay Christian.”

There are people who repent of those things, are graciously saved by God, and who may continue to struggle against those sins:

Or do you not know that the unrighteous will not inherit the kingdom of God? Do not be deceived: neither the sexually immoral, nor idolaters, nor adulterers, nor men who practice homosexuality, nor thieves, nor the greedy, nor drunkards, nor revilers, nor swindlers will inherit the kingdom of God. And such were some of you. But you were washed, you were sanctified, you were justified in the name of the Lord Jesus Christ and by the Spirit of our God.
1 Corinthians 6:9-11

You see, the good news of the gospel is not that Jesus accepts you the way you are. Because the way you are -whether you’re a homosexual, an idolater, a thief, a drunk, or the average Jane down the street- is a putrid, rotten, decomposing corpse. Dead. That’s what you are: dead. I’m talking Lazarus in the tomb, dead. “Lord, he stinketh,” dead. D-E-A-D, dead in your trespasses and sins.

Now, just who is this puny little so-called “Jesus” Stearns (and many others) speaks of who just leaves people in that awful condition? Not any Jesus that’s found in the Bible, that’s for sure.

The good news of the gospel is that Jesus loved you enough to go to the cross to take the punishment for your sin so He could raise you from the dead and give you life. Holy life. Forgiven life. Peaceful life. Joy-filled life. Jesus isn’t in the business of holding the hands of cadavers. He’s in the resurrection business. And Christians are supposed to be about the business of carrying the deceased to the feet of Christ so He can do His mighty and miraculous work.

And it’s both shameful and abominable that an organization that claims the name of Christ would spinelessly cave to Satan’s twisting of God’s word about salvation, because, ultimately, people’s eternities are at stake here. When someone has the life-giving truth of the gospel, refuses to extend it to people, and tells them lies that keep them in bondage to sin, that someone has blood on his hands.

Soteriology is the foundation of ecclesiology, even for para-church ministries. And World Vision’s foundation has a huge crack in it.

6 thoughts on “The Hole in World Vision’s Gospel: UPDATE #2”